I am a freaking weird burp throwing up women who screams at her co workers.

I just mopped the shit out of my kitchen floor. It made me hot and sweaty and I about wanted to kill my cats. Who thought it was so funny to keep running across the newly mopped areas and making them well, dirty again. I might have thrown them in a fit of rage but I wont admit to anything cause that's animal abuse people and I aint like that.

Can we just talk a second about my animals and how ridiculous they are as of late. My dog literally has peed on my bed in the middle of the night right next to my head and I have rolled in to it only to wake up smelling of piss. This as caused my husband to sleep on the couch (which is the most uncomfortable thing ever) and it leaves me to still sleep next to the highly smelling like cleaning solution bed because we have only one couch and a toddler bed that are taken so I get the piss bed. Yeah, that sucks.

This dog, Kipper has been peeing all over ever since we got him nurtured two weeks ago and instead of thinking “oh there must be something wrong, I should take him to the vet.” I just wanted to kill him. Then my husband who is all knowing said “You should probably call the vet and make an appointment there could be something wrong.” Sceptical, I called and made an appointment for today. I found out that this poor thing has a bladder infection. My god, I am the worse dog parent ever. Thankfully we got meds and he is doing much better so far. So I am hoping for a free night of not sleeping on piss.

My cats on the other hand might need a new home if they keep going back in my kitchen. Seriously.

Wyatt, has been in this scientist kick. Everything lately has been an experiment. Right now he currently has a “experiment” on my desk where he put a ton of different weeds flowers in a cup filled with water and different crumbs of food all mixed together. So its currently growing mould and stinks and I have to keep reminding him that he cant drink it because it “could ruin the experiment.” and really that's just gross. So if you guys have any ideas of some experiments that we could try that would be awesome! I would love to do something that isn't as gross or actually teaches him something besides how mould grows.

The baby is doing good. I did however this morning do a weird burp that turned in to flying throw up that I had to clean up this morning. It was super weird and super gross. The babe well, he is still nameless and I am slowly coming around to the fact that it could actually be a boy like the doctor said but we will see.

I did have a mini melt down this week at work in the management meeting where I freaked out and told them I had only 4 months left and they better be prepared to be with out me. Yeah, I bet I sounded like a freak.

But really guys, I am already panicking about the amount of time I have left before this kid shows up. It seems like it is flying by and I have nothing ready. I swear I wasn't like this with Wyatt. But this kid, well he is just making me a freaking weird burp throwing up women who screams at her co workers.

Yeah, I am a little nuts. But on the plus side every time I have a freak out moment the husband takes me shopping. So that's awesome.

I will leave you with some old instagram photos of Wyatt and Kipper… because a post isn't as good with out pictures. Oh look how adorable. That's back when I liked my dog. ;) 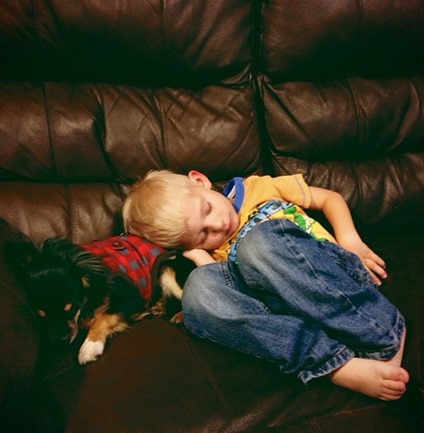 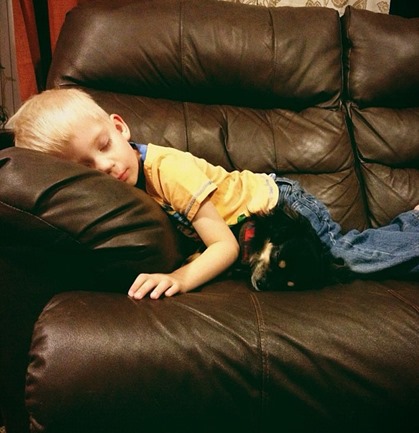 I hope you all are having a good week end! I actually took photos with my camera that I will be posting soon so look out for them.

I also write about: cats, kipper the dog, me, new baby, pregnant, wyatt 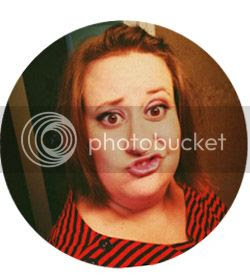